After 10 years of service received an honourable discharge and a career change to IT.  Learned the trade in the days of DOS 5.1 and NOVELL Netware.  Became proficient in desktop support including the different versions of DOS up to the finale version 6, Windows and various Financial Accounting packages. 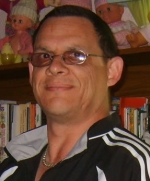 What is the optimal size for images on the internet and how to easily resize them.

How to Recognise Spam, Scam and Phishing Email

How to recognise Spam, Scam or Phishing email.

Social Media Marketing. The when-to and how-to for different social media platforms to get the best results from your efforts.

Interesting problem that I had with an error described by PayPal as "There’s a problem with the merchant’s PayPal account. Please try again later."

How to make sure the SEO friendly url are viewed by the user after you updated your website to SEO friendly url's while at the same time making sure the correct canonical url is indexed by search engines.

How to set absolute file paths for images in when using CKEditor.

After the "latest and greatest" skype upgrade by Microsoft I couldn't log in because the login screen is all messed up. Found this fix and it worked 1st time.

In this tutorial I will discuss how to create a basic facebook app that will work with XMS Systems Facebook plugin.

Tick all Checkboxes with the same class using jQuery

A quick fix to set dynamic upload folders for KCFinder

Add a New Tab to your Facebook Fan Page

This tutorial will discuss the procedure to add a new tab to your Facebook Fan Page using the latest (May 2015) Facebook procedures and requirements.